msgpack is a fast and small binary format for json. The Python msgpack module is even a drop-in replacement for the json module.

PyPy is an implementation of Python in Python with a tracing JIT. If your Python script runs for more than 1 second, it will probably be quite faster on PyPy.

PyPy is almost a drop-in replacement for Python. Only extensions modules written in C can be a problem — for instance the msgpack module.

Thus I wrote a pure Python fallback for the msgpack module, which has been merged upstream. As a rough benchmark, I measured the pack and unpack time of a 30MB msgpack-object from the wild. 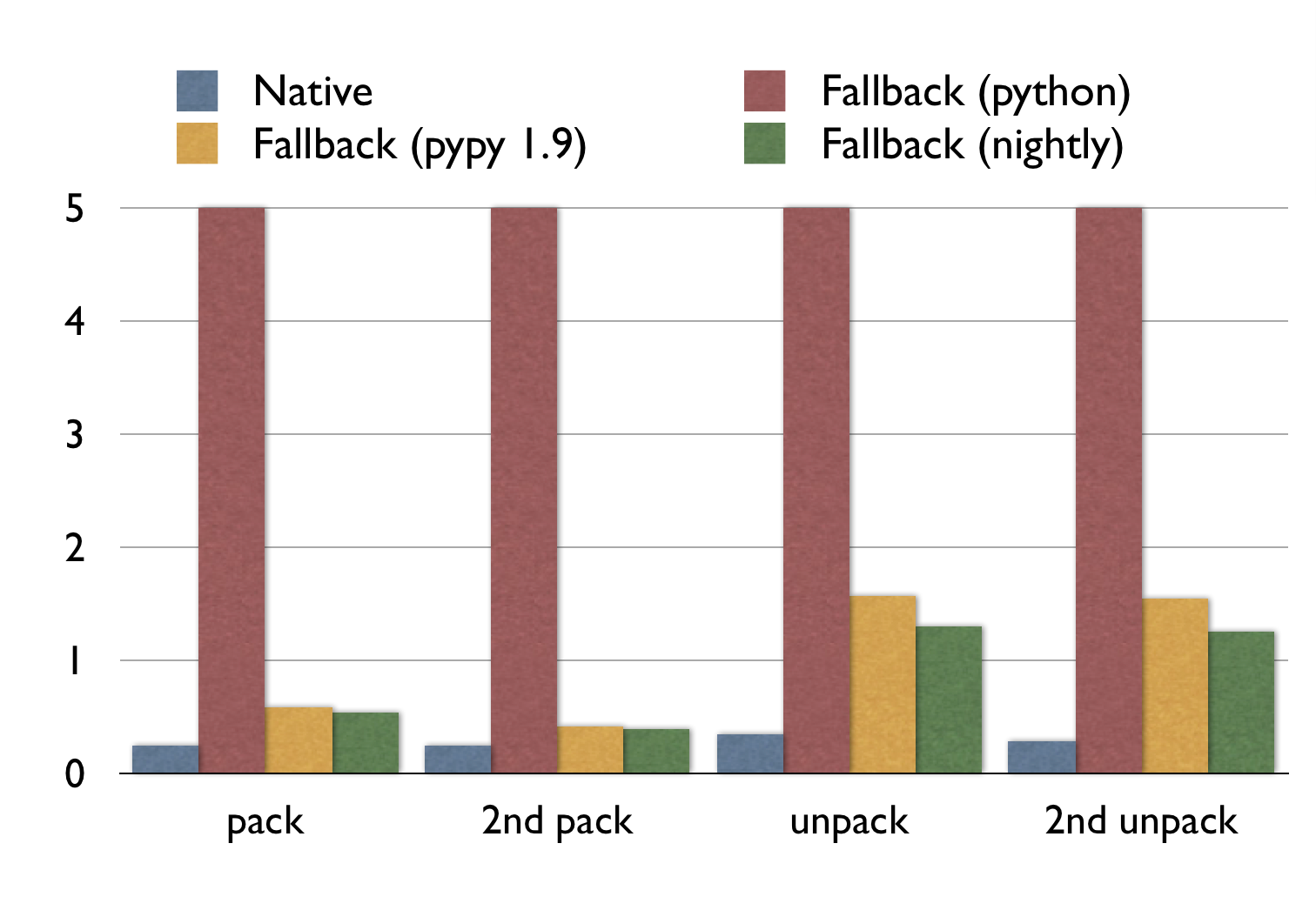 This code should be in the next official release of msgpack-python. If you want to use it already, check out the git repository.

The first version did not run this fast on PyPy. With PyPy’s jitviewer the compiled code and assumptions of PyPy can be examined. These are the tweaks I used in descending order of impact.

Clearly the unpacking code could be faster, if anyone with expertise on PyPy’s JIT would look at it, that would be great.